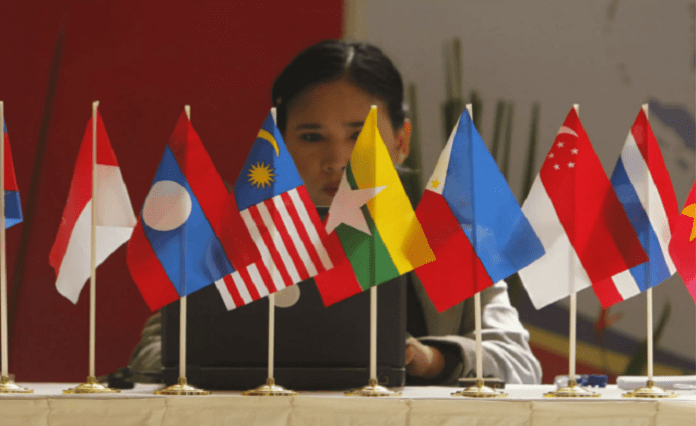 ASEAN, full form “Association of Southeast Asian Nations”, is the name of the group of 10 nations in Southeast Asia. The group’s primary objective is to promote economic, social, and political integration among its member nations. ASEAN was founded in 1967 and has since expanded to include other countries in Asia, including Cambodia, Vietnam, and Myanmar. The group has been active in various internal affairs since its inception. However, what is ASEAN?

ASEAN has become a key region for economic and security cooperation, as it unifies the economies of the region. The region is also the most important part of Australia’s strategic interests. As a result, Australia views Southeast Asia as a strategic region of the Indo-Pacific. The ASEAN grouping unites ten countries in the region, which have supported regional security and prosperity for 50 years. Moreover, ASEAN is uniquely placed to address critical issues in the region.

ASEAN has four colors in its flag. Each one of them represents a different aspect of ASEAN, with red representing fearlessness, blue speaking of strength, yellow speaking of prosperity, and white expressing purity. ASEAN has a common purpose: maintaining territorial integrity. By uniting its nations, they show mutual respect for national identity, equality, and independence. The group also guarantees freedom from external interference. Members of ASEAN cannot interfere in each other’s internal affairs, and they strive to resolve any disputes peacefully.

ASEAN is currently divided over how to respond to the recent military coup in Myanmar. In February 2021, the military junta violently suppressed protests and soon the conflict with opposition forces escalated into a civil war. The region’s response was limited due to the fact that ASEAN member states were split by internal differences. Cambodia, Laos, and Thailand were close to the military junta, while Vietnam has pushed for the disinvitation of Senior General Min Aung Hlaing.

The founding members of ASEAN were originally created to contain communism, which had taken hold in mainland Asia after the Second World War. The Soviet Union’s occupation of the northern Korean peninsula ushered in communist governments in both North Korea and China. While the alliance eventually achieved these goals, ASEAN has remained a pillar of regional integration. There are no other countries that can boast of this kind of integration and unity.

The ASEAN charter was signed in November 2007, making the group a legal entity. Its goal was to create a free trade zone in the region and create a “One World Community”. In doing so, the group sought to achieve a peaceful denuclearization of the peninsula, and the ratification of the CTBT made it possible for all ASEAN members to participate in the negotiations. There are numerous benefits of ASEAN membership.

The purpose of ASEAN is to promote peaceful cooperation among ASEAN countries while sharing prosperity among them. The group has numerous projects centered on economic cooperation and trade. Joint research and technical cooperation are also part of the list. A comprehensive report on ASEAN’s projects is due in 2015.